The History of Barony Castle 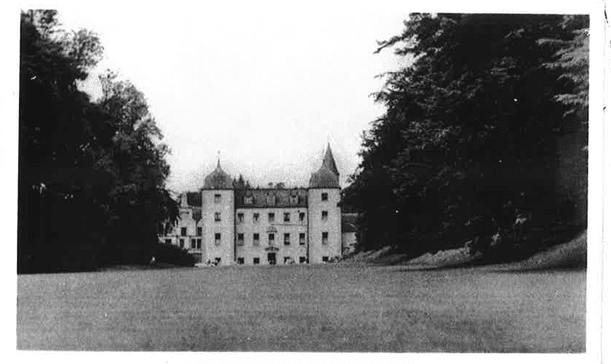 Barony Castle was originally known as Darnhall and stands in spacious grounds west of Eddleston village in Tweeddale. The earliest known building on the site was a fortified dwelling dating to the early 15th century; one of a dozen such in the Eddleston Valley. These Peel (Reiver) Towers were an essential defence during these lawless times, when attacks could come from invading English or from Reiving clans.

In 1506 John Murray of Fallahill was granted the estate of Haltoun by King James IV and given the title Laird of Blackbarony; to celebrate, he had a bell cast for the local church in 1507. Sir John died at his royal master’s side at Flodden in 1513; his son Andrew acquired the estate and title and set his sights on the neighbouring property of Darnhall.

In 1536 a Scots’ baronial style building was erected on the site of the old peel tower which retained the name of Darnhall.

At the close of the 16th century Sir John Murray of Blackbarony took to enclosing his fields with stone walls following the last Reiver raid into the area in 1581. This earned him the sobriquet of “John the Dyker”.

In 1629 Sir Archibald Murray was commissioned to hold court to try witches, three were found locally but their fate is not recorded. The name of the hill to the north of the castle has been linked with their fate, “Gallows Law”, but it appears the name has its origins in the 14th and 15th century right of “pit and gallows”; when landowners had the right to imprison or hang trespassers, vagrants or miscreants. To the south of the house stands the Motte Knowe; an earthwork from which the Laird dispensed judgement, but which may be far older than Darnhall.

Sir Archibald’s son, Sir Alexander ‘the Magnificent’, had a taste for extravagant and lavish entertaining. The house, although not large inside, contained some fine furniture which guests were given plenty of opportunity to admire together with the eccentric laird’s gorgeous appearance. In order to further impress, he equipped a number of local lads with expensive liveries. He taught them to ‘hold up their heads and look big’ and placed them under the trees on either side of the Limes Avenue. As the visiting retinue passed along the drive (still to be seen to the north of the present drive) the youngsters would run up a hidden track to the house; enter by the back door, change to the “household livery” and line the stairs and entrance hall.

Throughout the 17th century the power and influence of the Murrays of Blackbarony increased until Sir Alexander was the proprietor of practically the whole parish including the White Barony to the east of Eddleston water. The Scot’s baronial style house was evidently deemed to be an inadequate expression of his status so, between the years 1700 and 1715, the laird built the French (Jacobean) façade which we recognise today. This spectacular edifice, reminiscent of a French chateau, was said to present a more elegant style (sic) of architecture than any seen in the county making the old house appear “regular and beautiful”. The revamped house, Darnhall, must have caused quite a stir among the locals. The remains of a vaulted cellar can still be seen in the entrance hall. The thickness of the walls in the lounge area give some sense of the solid structure of the original building.

1745 saw the passage through Eddleston of bonnie Prince Charlie’s cannon as it travelled south to Carlisle. Tradition has it that the mill was kept busy grinding corn on the sacrosanct Sabbath at the demand of the hungry highlanders.

About 100 metres to the Northeast of the house stand an icehouse with the date 1789 on the lintel of the outer door, with the initial E for Elibank. It is of an ovoid construction and demonstrates by its intricate stonework the importance accorded to the provision of ice for the continuous use of the household.

Sir Walter Scott and James Hogg, the Ettrick shepherd both visited Eddleston and no doubt paid their respects to the laird. The fifth Lord Elibank was a luminary of 18th century Edinburgh society and knew Adam Smith, David Hume, Allan Ramsay and Dr Johnson among other notable men. To Elibank is ascribed the reply made to Dr Johnson’s definition of oatmeal as “food for horses in England and for men in Scotland”. ‘Yes’ said Lord Elibank and where will you see such horses and such men?

By the beginning of the 19th century the property had deteriorated. Alexander Oliphant Murray, 9th Lord Elibank succeeding to the title in 1830 found the building to be in a dilapidated condition and the estate greatly encumbered. By his exertions the charges on the estate were cleared and Darnhall restored. He and his wife Emily Marie Montgomery built the family wing (now the dining room and kitchens). Their monograms are to be seen over the first floor window above the front door. About this time, Alexander and Marie laid out the grounds as we see them today.

The 10th Lord Elibank, Montelieu Fox Oliphant Murray built a “bachelors wing” attached to the southern side of the main building. The remainder of the building consists of 20th century additions. Throughout the 17th, 18th, 19th and early 20th centuries, the Murrays of Elibank have played a distinguished part in national politics and colonial administration. The mansion house remained within the family until 1926 when it was sold and become a residential hotel.

During the Second World War it became part of the headquarters of the 1st Polish Armoured Division 1940-41 before becoming the Polish Army Staff College, training officers for the Polish Army, Armoured Division, Paratroop Brigade and Commando Units. Darnhall reverted to a hotel at the end of hostilities and was renamed The Blackbarony Hotel in memory of the contributions of the Murray’s and Elibank’s to Scottish and British history.

Since the Second World War the Castle has had a number of owners and played host to groups as diverse as the U.S. Army Corps of Engineers and North Sea Oil Workers. “The Great Polish Map of Scotland” was built over six summers between 1974 and 1979 (see separate map history).

In 1983 the Hotel was gutted by fire, losing many original features; following the fire, the building was refurbished and remains a hotel. 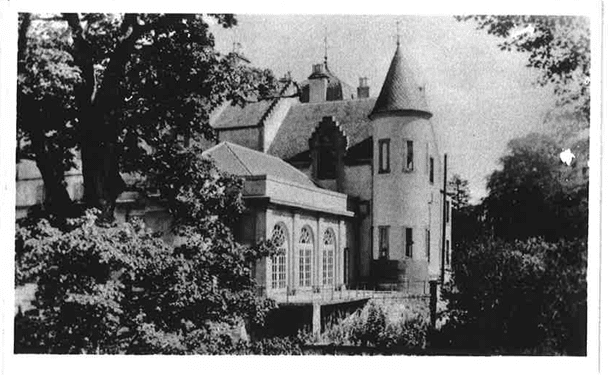 EXPLORE THE GROUNDS & LOCAL AREA
Shopping Cart
There are no products in the cart!
Subtotal
£0.00
Total
£0.00
Cart
Checkout
Continue Shopping
0
This website uses cookies and third party services. In order to use our spa booking system you will need to have cookies enabled on your browser. Ok
Go to Top